A Guide To The Ethics Of Buying Web Traffic

You have an excellent website that’s publishing quality content or selling a viable product, but you’re just not getting the customers you know you deserve. You know you can boost your website’s popularity by buying web traffic, but is that an ethical move?

The ethics of buying web traffic is a grey area. Almost everyone in the world of online commerce has an opinion on whether you should or shouldn’t boost your visitor numbers with paid web traffic.

We might believe that buying web traffic is a form of cheating or that it’s dishonest. But it is a jungle out there in cyberspace, where predators roam looking for an easy kill. So some tactical survival moves to boost visitor numbers are considered fair game in the rapacious realms of internet marketing.

As the biblical quote above points out, our own judgement will determine how others judge us. The ethics of buying web traffic really comes down to what kind of web traffic you buy and whether it is part of a larger strategic plan that incorporates a variety of tactics to increase your web traffic.

What Kind of Web Traffic is Considered Blatantly Unethical?

High volumes of web traffic are conventionally hard-earned numbers built up with considerable time and effort. We should offer something of substance to justify thousands of regular visitors such as informative content, quality products, reliable service, and a well-established, reputable brand.

Buying web traffic becomes blatantly unethical when websites offer those new visitors little or no value, or even trick naive clickers with dishonest or fraudulent claims. 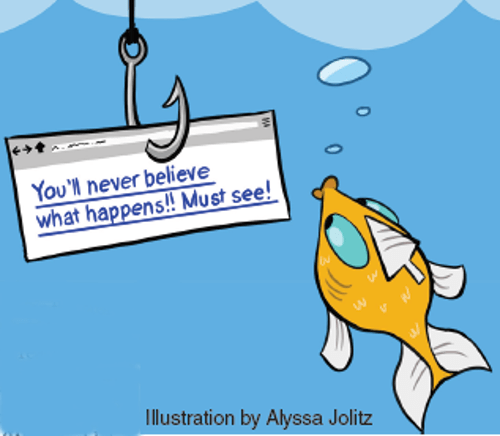 This involves generating clicks to a web page with sensational claims. Have you ever seen headlines similar to these?

“You won’t believe these shocking results!”

“What she did next will astound you!”

When we see such titles, our curiosity is piqued. We click and read the blog post but leave the page none the wiser than when we arrived, having wasted 10 minutes scrolling through more junk news and maybe even following more links to more junk and more ads.

‘Click fraud’ is big business when advertisers are charged per click for banner ads in pay-per-click (PPC) schemes. The advertiser pays a premium price for highly visible ads and is charged for every click on that ad. The fraudulent part is when clicks on the ad are artificially generated by web traffic bots, resulting in the advertiser paying for fraudulent clicks, which didn’t originate from real individuals clicking their mouse button.

Another way competing advertisers commit click fraud is by generating fake clicks on a competitor’s ad to max out the advertiser’s click limit; turning off that ad. Then the fraudulent competitor’s ad is able to replace the maxed-out ad.

An estimated 1 in 5 clicks on adverts are fraudulent.

Like clickbaiting, these are ads that are intended to deceive users through misleading or irrelevant information about services, products, or businesses. Reputable ad hosting services and affiliate marketing websites usually prohibit this type of misleading advertising. It’s bad for their image and ultimately bad for business.

Visitors clicking through several more pages after arriving on the landing page of a monetized website improves the website’s ranking and ultimately helps generate income for the website owner.

When visiting reputable, ethically promoted websites, we usually get to where we want with just a few clicks to complete a transaction or ‘convert.’ However, for websites that profit simply by making you hang around and click through numerous pages, it is advantageous to lead you astray with deliberately confusing navigation that increases the click through rate with additional page views logged.

Hollywood gossip is a goldmine that’s guaranteed to generate thousands of clicks and shares on social media platforms. Web-crawling software ‘scrapes’ nuggets of valuable behaviour data generated by the followers of those trends.

Also, the original photos and stories are the intellectual property of journalists and news organizations, so there are copyright issues that make scraping a barely legal practice. However, once a story is out in the public domain, it’s feeding time for the scavengers aiming to profit from viral content. 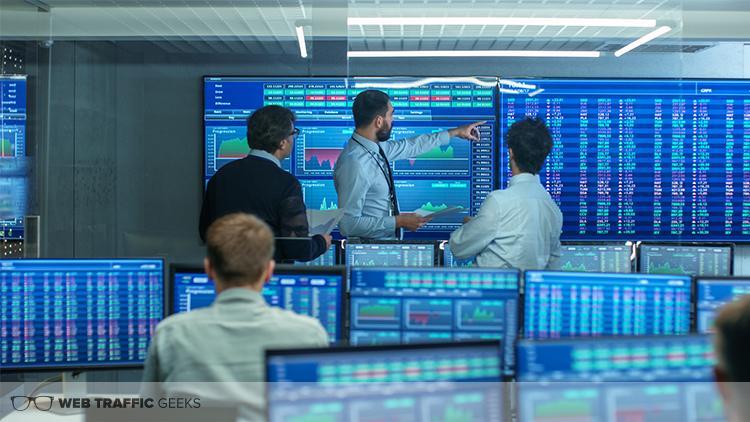 The unethical methods listed above involve the buying and selling of web traffic that starts out cheap and becomes increasingly expensive for its perceived value.

This practice of buying and selling web traffic, known as arbitrage, has tarnished the web traffic vending market because those buying cheap, low-quality web traffic then quickly selling it at a higher price are not in the business of caring too much about ethical obligations in their rush to make a fast buck.

Such repackaging of web traffic and hiking the price isn’t illegal. Whether such arbitrage is ethical is again a matter of judgement; in the same way we would judge traders buying and selling shares on the stock market to inflate their perceived value.

So What is Ethical Web Traffic?

We’ve all experienced examples of the unethical web traffic-generating tactics listed above.

Overall, most of those tactics are not illegal, per se. They might be annoying and a bit of a waste of time, unless, of course, we get duped into parting with our own money or confidential information.

Nevertheless, we soon learn to avoid them in the same way you’d avoid a brightly-coloured poisonous creature in the wild. 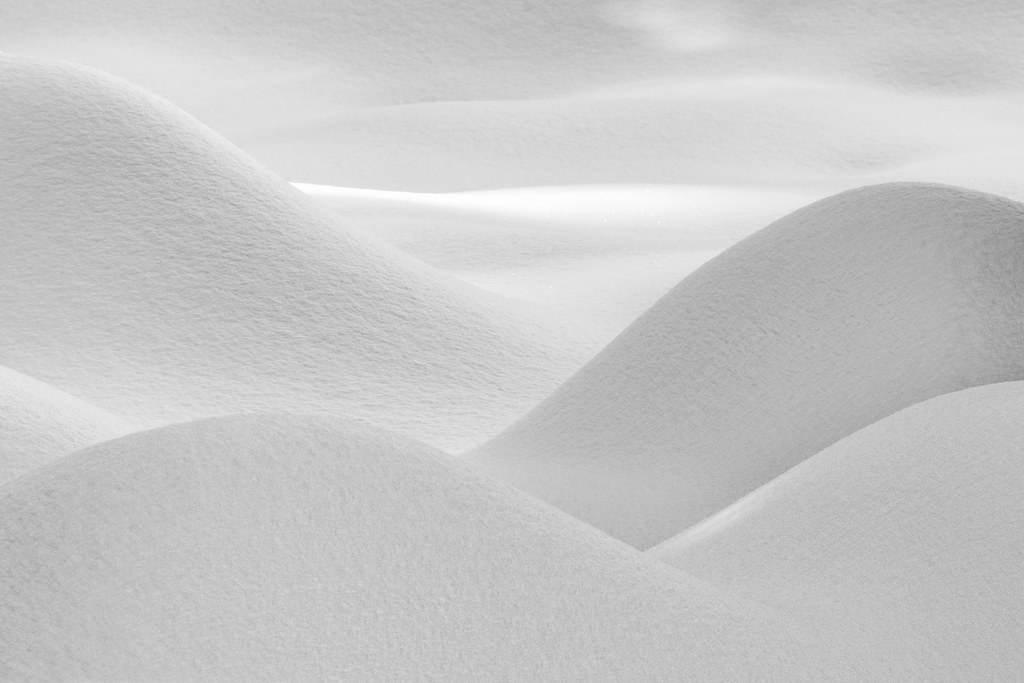 Organic web traffic is as pure as the driven snow on pristine green pastures. It is the most ethical form of web traffic because it hasn’t been tarnished by passing through the back streets picking up dirt along the way to your door.

These visitors to your website are real people that come straight to your front door because they are loyal, and they love what you do.

That loyalty exists because you’ve invested time and energy cultivating your audience and growing a customer base through good search engine optimization (SEO), excellent products, and awesome service.

Over time, organic web traffic helps your profits grow as your visitor numbers mature – and you didn’t buy them!

However, organic web traffic does come at a high cost, all the same. Like any business that has struggled to build a customer base, a good reputation is earned with an unwavering dedication that equates to thousands of unpaid hours.

Is Buying Web Traffic Ever Ethical?

When you see a competitor’s website with little or low-quality content that’s artificially gaining popularity solely with trashy web traffic, you can’t help but feel put out as you compare your limping visitor numbers to your competitor’s juggernaut, despite all the blood, sweat and tears you’ve poured into building your website’s reputation.

The hard truth of the matter is that the most popular and reputable websites that we have come to rely on as credible brands are in the business of buying web traffic.

Most Web Traffic is Bought and Paid for Anyway

Every ad that’s clicked on or every affiliate link is essentially generating web traffic that has been bought. A company pays another website, search engine, or social media platform to have a well-placed ad that people will click on if the ad has piqued their interest.

If we end up on any popular website, it’s likely that somewhere along the line, somebody paid some money to achieve the end result of a click from us.

Social media networks such as Facebook and Twitter, as well as native ad networks, are sources of relatively cheap targeted web traffic for major online news organizations, including: 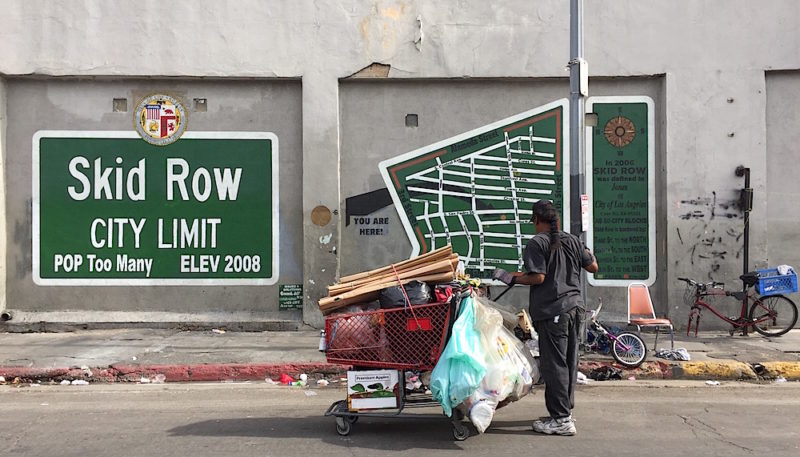 Think of web traffic in the same light as the colourful variety of good and bad strangers we might encounter beyond the safety of our familiar neighbourhood.

If we drive along Skid Row looking for new, influential friends, we’re scraping the bottom of the barrel – attracting only bottom feeders that will take us for a ride. They’ll beat us up, steal our car and leave us in a crumpled heap on the roadside.

Instead, seek influencers in more prestigious or classy locations, where we have a better chance of recruiting quality friends that will happily ride along with us and make us look good too!

Buying Web Traffic is Not a Sin

But let’s put this all into perspective. We shouldn’t be made to feel guilty for buying web traffic. That’s simply the way the money goes round on the World Wide Web. No Internet god is watching over you to condemn you to eternal damnation if you do buy web traffic.

Ethical choices aside, when we buy web traffic, there is a real risk of losing favour and business if we choose to purchase low-quality web traffic. So it’s in our own interest to play the game fairly with a bit of acceptable rule-bending.

Search engines can penalize websites for artificially inflating their visitor stats with inferior web traffic, which is easily spotted by the astute artificial intelligence of today’s algorithms. So in these cases, we shall be judged and punished for breaking the rules if we blatantly buy truckloads of trashy web traffic and unceremoniously dump it on our landing pages.

The question we’re really asking here is, what kind of web traffic is the safest to buy?
The short answer is web traffic that you can be sure is 100% human – visitors that have been targeted because their behavior indicates they are likely to respond positively to your website’s content and convert.